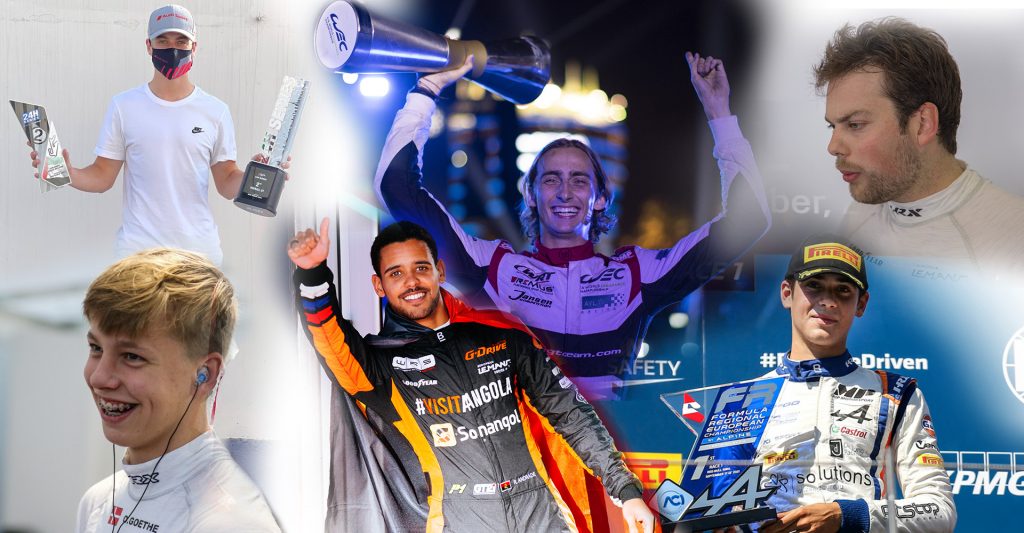 BULLET SPORTS MANAGEMENT WRAPS UP MOST SUCCESSFUL SEASON TO DATE

The management company brought to life in 2019 by Jamie Campbell-Walter, Maria Catarineu, and Nic Minassian has set high standards since the beginning, but the 2021 season surpassed all expectations.

Bullet’s 2021 season started with a podium finish at the 24 Hours of Dubai, delivered by ROFGO Junior Benjamin Goethe, followed by a superb run in the Asian Le Mans Series with three Bullet drivers on the grid. Franco Colapinto took his maiden LMP2 pole position, and was awarded Rookie of the Year, Rui Andrade claimed his first podium in sports cars, while Ferdinand Habsburg claimed two victories and won his first championship title.

Back in Europe, Team Bullet embarked on a hectic second leg of the season with four drivers in the European Le Mans Series, two in the Formula Regional European Championship, one in the GT World Challenge Europe, and one in the FIA World Endurance Championship.

The absolute highlight of the year was without a doubt the 24 Hours of Le Mans, with five Bullet Athletes tackling the Circuit de la Sarthe, three of them making their debut at the legendary 24H race. An eventful week came to a euphoric end which saw Ferdinand winning the 24 Hours of Le Mans on his first attempt, carrying the Bullet logo to the top step of the podium at the greatest endurance race in the world.

Our single-seater contingent shone bright in their ROFGO liveried MP Motorsport ­­FRECA cars across some of the greatest racetracks in Europe, including Oliver’s home race in Monaco and Franco’s double Grand Slam at the Red Bull Ring.

In ELMS, Angola’s RuiAndrade thrived in his new environment, by taking six podiums in six races, including two class victories in Austria and Italy, he won the European Championship in LMP2 Pro-AM with G-Drive Racing by Algarve Pro, becoming the first-ever Angolan to win an international title in motorsport.

On his return to racing after a two year absence, Diego Menchaca enjoyed his first season in LMP2, whilst sharing the “Drive Fast, Act Faster” car with Ferdinand and they both went on to score top ten finishes and a podium in the final race.

Benjamin completed his first full season in the pinnacle of GT racing, the GT World Challenge Europe, running a double campaign in the Sprint and Endurance cups respectively, taking two podium finishes in Monza and Misano with Team WRT.

Rounding off a highly successful season, Bullet’s talent roster has grown to seven with the arrival of Mexican F3 racer Rafa Villagomez, anticipating an exciting 2022 season ahead.

“Truthfully, I have always considered it a privilege to work inside motorsport. When we started Bullet, I didn’t expect to have the success that we achieved this year. Being with the Bullet boys gives me nothing but pleasure and seeing them all succeed at such a high level has been truly amazing. Spending a race weekend with them is just a marvellous place to be. I personally want to thank them for representing themselves, Bullet and the teams they drove for so well. I also take this opportunity to thank ROFGO Racing, Team WRT, G-Drive by Algarve Pro Racing, MP Motorsport, High Class Racing and. Campos Academy for supporting all our drivers throughout 2021. I can’t wait for 2022 to start.”