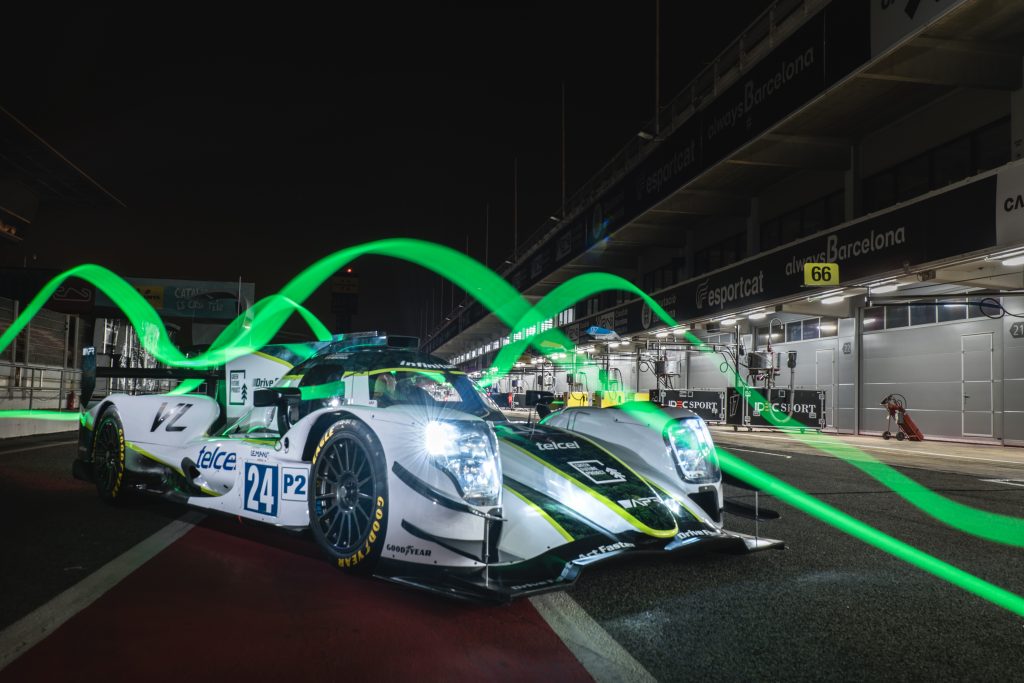 HABSBURG’S DRIVE FAST, ACT FASTER CAMPAIGN GETS OFF TO A SOLID START IN BARCELONA

The opening round of the 2021 European Le Mans Series season took place last weekend in Barcelona.

Ferdinand Habsburg arrived in Spain a week before the race, just in time for the official pre-season test scheduled for Monday and Tuesday. Unfortunately, you can’t say the same about the car he was supposed to be driving due to a chain of unpredictable events.

Habsburg’s ELMS team, Algarve Pro Racing is the same outfit he won the Asian Le Mans title with back in February. After the successful season in the Middle East, the Portuguese squad prepared its three cars and all their equipment to ship back to Europe. This would normally not have been an issue if it wasn’t for the infamous Evergreen container ship blocking the Suez Canal. The vessel carrying two of the APR Oreca 07’s and some of the team’s essential pit equipment was forced to queue with hundreds of boats, resulting in eighteen days of delay.

By the time the cars arrived at the Circuit de Catalunya the Prologue was over. The team prepared the cars in double quick time and the #24 car dressed up in its special livery, was ready for the first session on Friday morning.

Even though the team and the #24 squad – featuring fellow Bullet Athlete Diego Menchaca (MEX) and Le Mans 24H-winner Richard Bradley (GBR) – gave their all, they started on the backfoot compared to the other teams. They had a faultless run leading up to Sunday and were running in the top 10 in the race for quite a while. Unfortunately, a sensor issue with only 2 hours left on the clock took their chances away of finishing in the points.

“We’ve got many wins in the bag, one of which was getting to the race which seemed unlikely for a long time.” – Habsburg said. “And it feels really special that we were able to find a way to get the car here and get it rolling. We made no mistakes in the pit lane and in the driving. It all went well and we just kind of struggled with the lack of mileage that we had and a bit of bad luck having to do a full car reset during the race because of the sensor failure. This put us out of the points which we definitely deserved.”

Besides the lack of victory on track, Ferdinand’s sustainability initiative has also reached several important milestones. The #24 car with the special livery featuring the Narupa Reserve has made its track debut and in the meantime, Algarve Pro made its first donation to Green Future Project, protecting 10 acres of the Ecuadorian forest.

“One of the biggest wins of the weekend is the start of the Drive Fast Act Faster campaign with more than one car, moving towards the notion beyond the apex of change when it comes to the future of sustainability in racing, “– Ferdinand said. “This is a huge success for the first race of the campaign with Green Future Project.”

And the campaign’s next important step is just around the corner. The first items of Ferdinand’s sustainable merchandise line will be available this week. The clothing items, provided by Merchant Tailor, are made from upcycled ocean plastic and sustainable cotton and will be available in a webshop on Ferdinand´s website, with all of the proceeds going straight to Green Future Project, supporting the forest which is featured on the #24 Algarve Pro car.

The next round of the 2021 ELMS season takes place in a month’s time at Ferdinand’s home track, the Red Bull Ring, but first, Ferdinand will make his FIA WEC debut with Team WRT on May 1st at Spa-Francorchamps.