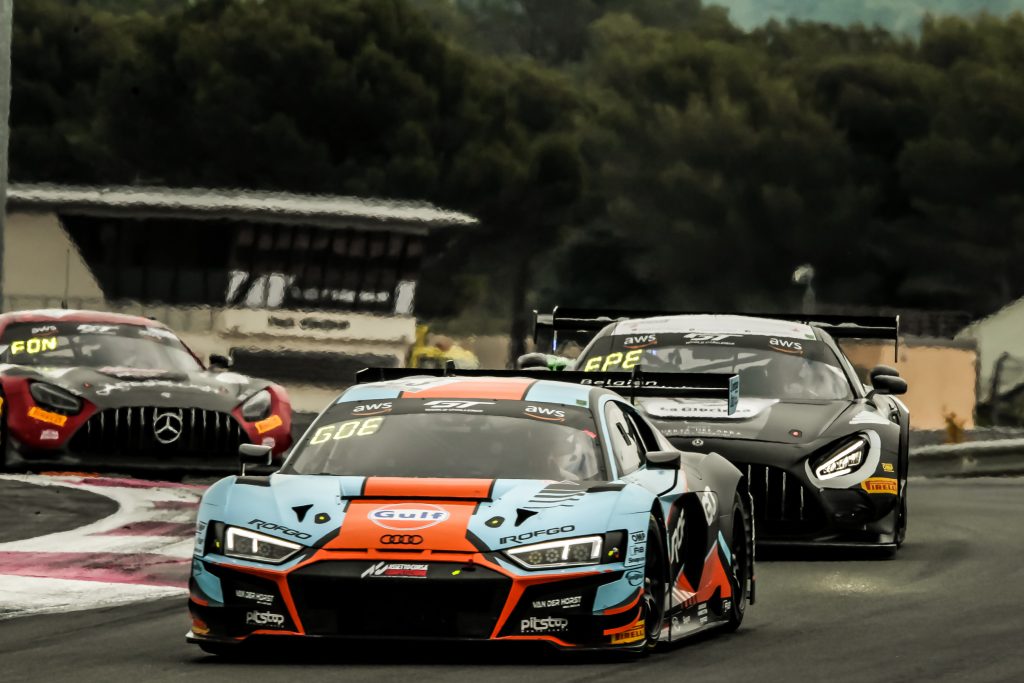 After a strong season together, ROFGO driver Benjamin Goethe will continue racing with Team WRT in 2021 for a double campaign in the GT World Challenge Europe (GTWCE).

Benjamin started the year with a podium finish at the 24H of Dubai, sharing the Team WRT Audi R8 GT3 with Kelvin van der Linde, Frank Bird, Louis Machiels and Dries Vanthoor. For the European leg of the season, Benji will team up again with van der Linde in the GTWCE Sprint Cup.

The five-round series consists of two races over a weekend with two drivers per car, visiting some tracks Benji has never raced at before, such as, former F1 circuits Brands Hatch and Magny Cours.

The 18-year-old will also compete in the GTWCE Endurance Cup. The calendar consists of five rounds at some of the greatest tracks in Europe, including the Spa 24 Hours. After his impressive performance last year, Benji returns there with his eyes on the podium. This year, he will share the Audi R8 GT3 car with his long-time coach Stuart Hall and James Pull.

“I really enjoy working with Team WRT” – Benjamin said. “They are a highly professional team and they provide me with the perfect environment to learn and improve myself in all areas. It feels like a big family, so it will be great to be back with them for another year.”

Even though he’s just turned 18 last week, Benjamin is preparing for his third season in the championship and the 2019 SRO Merit Award winner youngster has clear targets as he aims to conquer the top step of the podium this year.

‘’I feel like this will be our year.” – said the Gulf Oil supported driver.  “We have an excellent line-up in both championships, although the last season was cut short, I’ve still learned a lot and I am ready to fight at the front. It was fantastic to start the season on the podium in Dubai, but I am itching to get my first win and I know that we have what it takes to achieve this.“

Besides his racing duties, Benji will be focusing on his studies as he is preparing for his A-Levels at Millfield School. With ten race weekends and the challenges of home schooling due to the pandemic, the ROFGO driver will have his hands full this year, but he is highly motivated to excel in both areas.

‘’It has never been an option for me to choose between racing and my education, thanks to Millfield School I am able to do both at the highest level. It won’t be easy obviously, but I am up for the challenge, and my aim is to give my all on track and in school as well.

I am really thankful to my family and my partners for the support. We have an exciting year ahead and I can’t wait to get the season started.”

The GTWCE season commences on April 16-18 with a three-hour race in Monza, Italy.