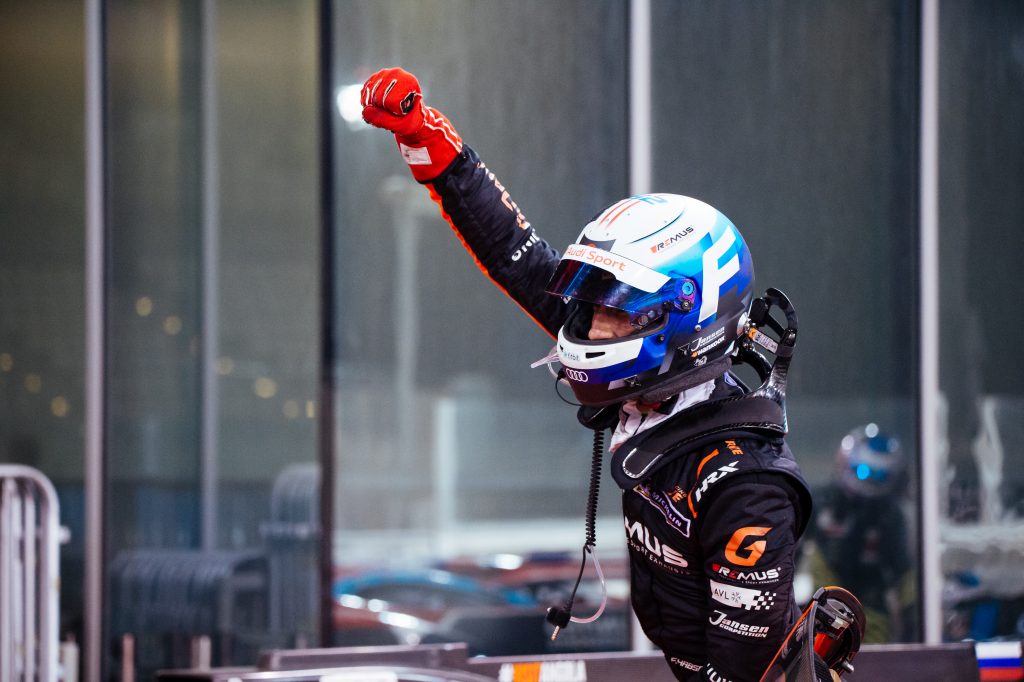 Ferdinand Habsburg won the 2021 Asian Le Mans Series with G-Drive Racing by Algarve Pro Racing in the #26 Aurus 01 LMP2, alongside Rene Binder and Yifei Ye, following a flawless performance over the course of the 4-round series in the Middle East.

Habsburg entered the series to prepare for his 2021 season with reigning champion team G-Drive Racing by APR. With only two LMP2 races under his belt, the Austrian had a lot of new challenges to face during the condensed ASLMS season, but he didn’t put a foot wrong, and the results speak for themselves.

The #26 squad dominated the series from the start. They took two victories at the season opener weekend in Dubai, arriving at Abu Dhabi with a significant lead in the championship.

In Friday’s qualifying, Ferdinand took his maiden pole position in sports cars, putting the #26 Aurus 01 LMP2 on the first place of the grid for the season finale.

Race 1 on Friday was off to a great start for the #26 team. Starting from P2, Binder took the lead almost immediately, but a poorly timed full course yellow worked in the Jota team’s favour, providing them with a ’’free” pit stop and the G-Drive squad dropped down to P2. Ferdinand drove a stellar stint to close the gap, posting the fastest lap of the race, however, the race win was out of reach this time. Consistency is key to winning a championship, and the second place finish was enough for the G-Drive team to head into the season finale with an 18-point lead.

Saturday’s 4-hour race was all about playing it safe for Ferdinand and his team, avoiding any risks to secure the title. A strong performance with zero mistakes, sealed the driver’s title and helped G-Drive to secure its second consecutive Asian Le Mans Series LMP2 title.

“We came here to learn and prepare for some more LMP projects in the future, and we came away by winning the championship,” – said the REMUS Sports Exhausts sponsored driver. “It’s a great feeling to win a championship, we just nailed everything, made no mistakes, and we were really fast all the time. It was great to get to know the team and collect a few trophies on the way. “

After his successful season in DTM, Ferdinand is looking for some new challenges in 2021.

‘’I am really looking forward to announce what is coming up for me for the rest of the season after such great results in ASLMS.” – said the AVL Racing ambassador. “Excited to have my first international championship title, and that we won it in style. Thank you to the team and to my teammates for all their efforts.”

Ferdinand’s 2021 racing programme will be announced in the coming weeks.