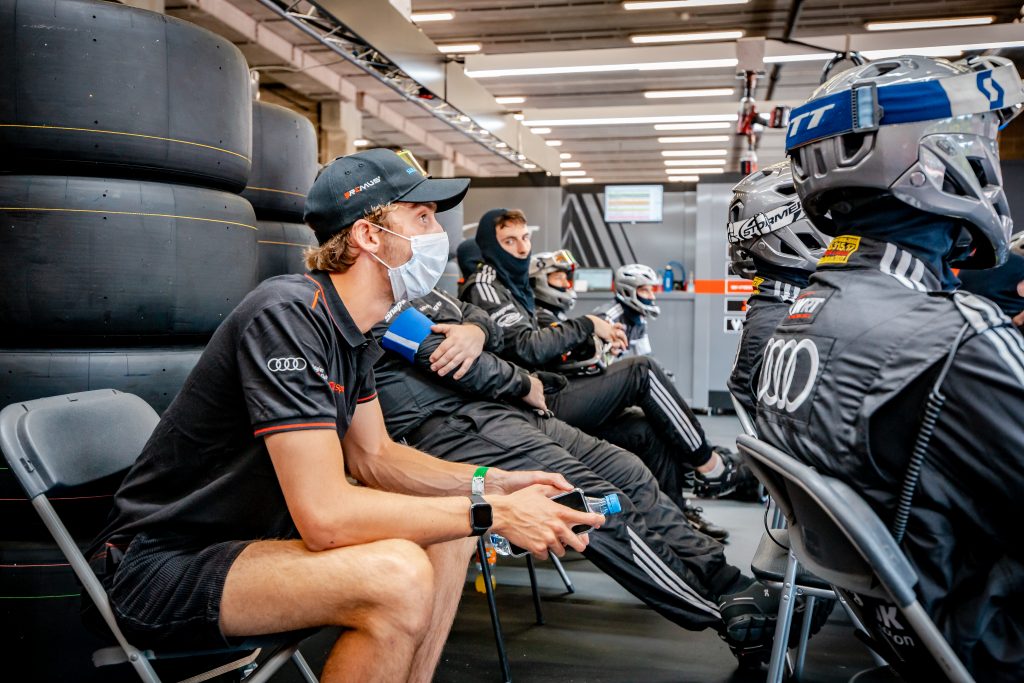 Ferdinand Habsburg has left Spa Francorchamps in Belgium disappointed in the race results – which were hampered through no fault of his own - but with a positive attitude; an optimistic outlook and confidence in WRT Team Audi Sport and his REMUS-liveried Audi RS 5 DTM car.

Habsburg arrived at Spa Francorchamps for the opening round of the DTM season feeling confident. The 22-year old Austrian had set the pace in pre-season testing, breaking a Nürburgring GP lap record along the way, and had fond memories of the track where he stormed to victory in FIA F3 on his way up to top-level motorsport.

However, his weekend took a turn for the worse following an FP1 incident – caused by a throttle issue – which resulted in considerable damage to the Audi RS 5 DTM car.

“It wasn’t the ideal start to the new season but there’s no point in getting down – that doesn’t help anyone,” commented Habsburg. “I’m a positive guy by nature so I used the time on Saturday learning from the team; watching my team-mates; and building relationships within my crew. A sticking throttle is never fun, but these things happen – you just have to be thankful that it wasn’t any worse and work as a team to make sure it doesn’t happen again.”

The team impressed with the speed in which they repaired the roof, front-end and engine to get the car back out on day two. However, as is common with a car repaired at speed, there were gremlins that made the car difficult to drive in qualifying, meaning Habsburg had to settle for P16.

“I can’t believe how quickly the team repaired the car,” said the Sanlas-sponsored star. “I’m actually not surprised we had some further issues in qualifying. When you are on the backfoot like that, the knock-on effects can be hard to predict and prevent.”

After qualifying, the team jumped back to work and rectified the issues, meaning Habsburg was able to start race two with a strong car and he began his climb through the pack.

Despite having no laps in the dry in a fully working car, he stayed positive and put on a heroic display to reach as high as ninth place. However, on lap seven of the race the passenger door came open and he had to pit early. With six-seconds lost, and now on a less than ideal strategy, he exited and continued to push.

“Again, the door was another knock-on effect of the incident that was haunting me all weekend!” he continued. “It’s a shame because the car felt amazing and I was really enjoying myself out there. It was the first time all weekend that I’d done laps in the dry in a fully working car and it gave me real optimism for the season ahead. Sometimes these races happen – one small drop can have a big ripple effect for the weekend, but we have to remember it is just a drop in the ocean when we look at the full season.”

Habsburg joined WRT Team Audi Sport at the start of 2020 following his debut DTM season in the Aston Martin Vantage DTM car. The multi-championship winning team also entered the German touring car series for the first time last year but quickly impressed with their ability to challenge for podiums in the world-class motorsport series.

Vincent Vosse Team Owner and Team Principal commented: “You can tell the mark of a driver by the way they react when unfortunate incidents happen. Ferdinand dealt with everything that was thrown at him this weekend with professionalism and positivity. He’s an incredibly passionate driver who wants to succeed and that has a positive influence on everyone around him. We are disappointed that this happened to him on his debut with us and we are committed to making sure he has the season he deserves.”