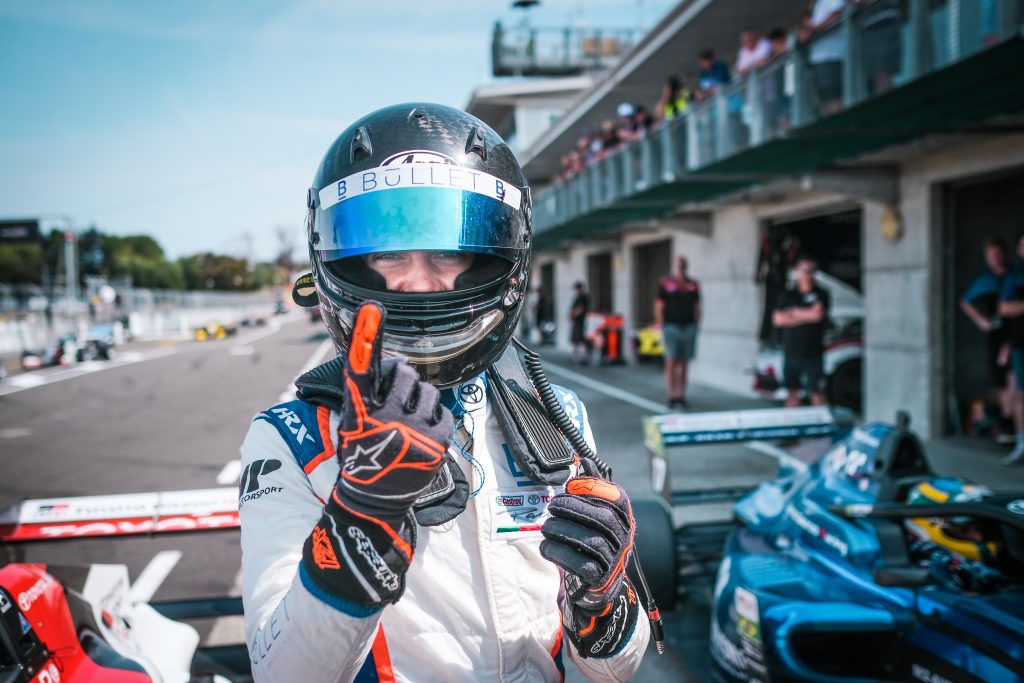 Bullet Athlete Franco Colapinto (ARG) has secured his second single seater title after taking the rookie championship win in the 2020 Castrol Toyota Racing Series. In the season finale, the New Zealand GP, he was runner-up following a weekend of outstanding racing and a trio of podiums.

The 16-year old Argentinean, supported by Toyota Racing Argentina, proved he is the one to watch this season with an impressive performance that left viewers stunned week-after-week.

Stepping up from his first season in single seaters – the Spanish F4 Series, which he won by 98 points – Colapinto quickly adapted to the Tatuus F3 T318 car run by Kiwi Motorsport and took a podium in his debut weekend. He then went on to take seven further podiums, including a six-podium streak, the longest ever achieved by a TRS series rookie.

Bullet Sports Management’s Director Jamie Campbell-Walter said: “What a season! I asked three things from Franco: 1) finish every race 2) finish in the top three overall and 3) take the rookie title.

“You know what? He did all three and I couldn’t be happier with him. I’m well-known for setting demanding but achievable targets – I think they are extremely important for drivers, particularly young drivers, as it helps them to focus on both short-term and long-term goals.

“Franco is actually disappointed that he didn’t achieve more – for him, third in the championship is not good enough. But what Franco has achieved here is not just a rookie title, he’s put his name on the radar and this puts us in a very strong position going forward. It’s time for us all to return to Europe, attend some meetings and prepare for another season.”

“Going to New Zealand was the greatest  experience of my life!” said Colapinto. “I’m happy with the rookie title but, to be honest, I’ll never be happy while there are people finishing above me. Third overall is not where I want to be.

“But I’ve learned so much in just five weeks. Not just on-track, but off-track too. The team at Bullet make me a better driver, for sure, but also push me to my limits as a person – we went bungee jumping, fishing, rafting and loads of other things – and this all helps me to know that I can achieve anything if I just approach it properly.

“It was good to take a race and championship win, but I leave New Zealand hungry for more. I can’t thank the guys at Bullet enough. I have a team of people both here in New Zealand and back in Europe who I know will help me to reach my potential. I just have to do them all proud now!”